THE STORY BEHIND MUM'S THE WORD

I set up Mum’s The Word after experiencing postnatal anxiety after the birth of my son Otto in 2017.

When I went to local mothers’ groups, I didn’t feel able to openly share some of the worries that were happening in my head. I felt like I was the only person who was scared, who had not been able to breastfeed, who wasn’t enjoying the experience the whole time, who felt like I was half there and half wanting to run a million miles backwards or to just stay at home. I felt intensely private about the bond I had with my son and I wasn’t ready to share him with the world yet. I also felt a real sense of going back to the schoolyard when I walked into mothers’ groups. I went to an all girls’ school and it felt like my first day at school every time I went to a playgroup. I was putting pressure on myself to cope with the experience on zero sleep, early into physical recovery and fueled by caffeine and cake. People seemed to group together so quickly into tribes and I felt like I belonged nowhere; like I had to become a type of mum in order to fit in. The Whatsapp group from my NCT class felt like a way of comparing our babies and making other mothers feel anxious about their parenting choices. It was just too much information for me and it made me question every decision I made for my baby rather than feel proud and excited about all the new challenges I was facing and overcoming. The fact that I was highly competent in other areas of my life proved to be my biggest hurdle. Why was the most natural job in the world so difficult? And how could I admit that I wasn’t enjoying everything when I’d wanted a baby for so long?

When I went back into work a colleague said to me ‘So you’re obviously an outstanding mum as well! Is there nothing you can’t do?’. The words made me feel like the biggest imposter in the world. On that day I had felt so much panic about bringing my baby into work. What if he cried and I got flustered? What if I needed the loo and couldn’t fit him into the cubicle in the babyseat? What if he got hungry at the wrong time? So many other parents saw me and said ‘so are you loving every minute?’ I didn’t know how to tell them that I was terrified. That I loved my baby beyond all measure but I also felt like a completely different person, re-transplanted into a new body which didn’t serve me very well. I felt like I was being fed lines by an automatic social filter to cover my tracks.

My universe, my chemical and physical make up, had been radically altered, and there didn’t seem to be a group where people were talking about it.  Women said they were fine. People talked about milestones, weaning, sensory play. I wanted to talk about how much physical pain I was still in, how I just wanted a village to come to my house and let me rest, how internal I still felt and how scared I was that my baby was going from womb to world seemingly too quickly. I wanted to scream that I was a newborn too

And so I started writing...

My first poem, How are you? addressed the impossibility of being able to answer that question with a one liner. You need to stay to hear the long answer. I kept writing poems on my phone whenever I had strong feelings about an experience and I started to share them with my friend Sarah, who had had a baby at the same time as me. She read ‘how are you?’ and said that it had made her cry, and that it had made her felt understood. In order to support each other, I kept writing and sending the poems every few weeks. Sarah’s husband is an illustrator and one day I had written a poem about sleep deprivation which I sent him. He sent me a picture of a baby hanging from a moon with a robber’s mask on as the poem was called ‘A Thief in the Night’. The illustration blew me away, and it inspired me to write more poems. Finally, we had 12 poems and 12 illustrations. Initially, we wanted to make them into a book for our families, but when we showed them to family and friends the feedback was so positive that we thought we could share them in our community. In February 2019 the poems were displayed in a small exhibition at a local café and the comments and feedback from local parents were really overwhelming. Mothers were saying that the poems made them feel seen, made them remember the early years of motherhood, but, most importantly, made them feel like they were not alone. The act of writing made me feel instantly connected to myself and it saved me from thoughts and worries which were causing tyranny to my wellbeing and sense of confidence as a mother. What I was feeling was entirely normal, but my fears of being vulnerable, feeling shame and feeling alone conspired to keep me silent about my experience for too long. My hope for new mothers is that my poems will help them to feel that someone has walked in their shoes before them, that they were not alone and that they can recover with strength, joy and conviction.

Mum’s The Word offer workshops which use creativity and compassionate listening in order to help women to process and make sense of a range of emotions around motherhood.

Workshops are open to all mothers, new and experienced, and take place in a safe, confidential space. The mission at Mum’s The Word is to help as many mothers as possible to talk openly and uncensored about their experience of motherhood, in order for us to change the conversation around the postnatal experience to include not only the joyful highs of motherhood but also the more challenging aspects such as self-doubt, anxiety, depression, birth trauma, relationship changes, identity, physical recovery, body image and social isolation. 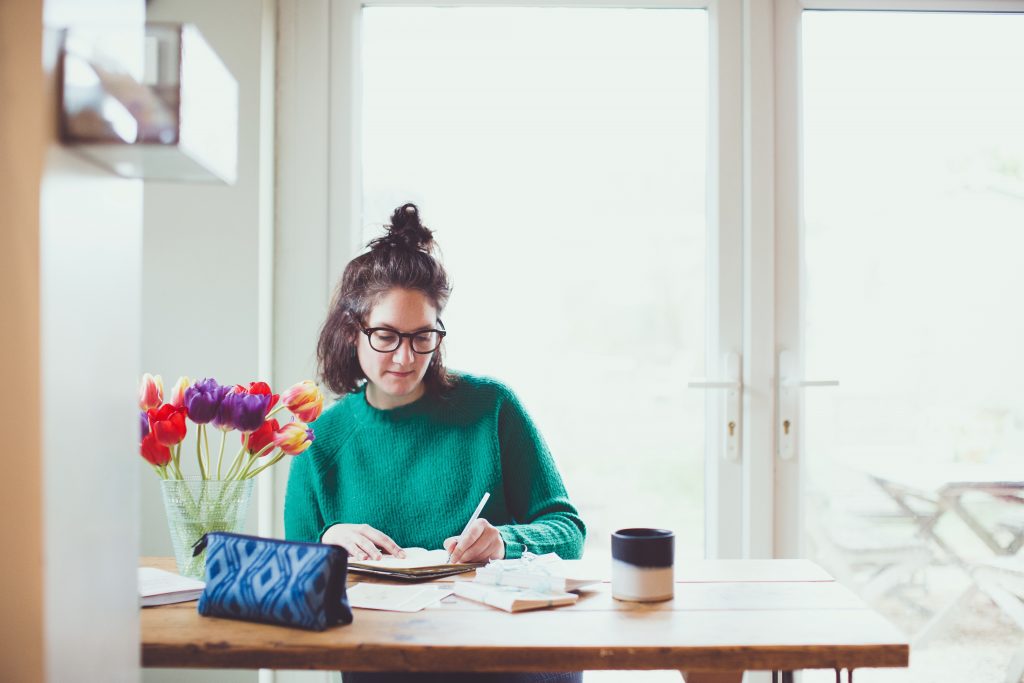 Kate is a mother, poet, teacher and a certified wellbeing coach. She offers 1:1 wellbeing coaching for new mothers at her home and over Skype.  She offers sessions of 1 hour where she practises compassionate listening and helps you to evaluate your self-care routine for yourself and for your family.

She also runs workshops for mothers, father and carers. Each workshop runs for 2 and a half hours and comprises the following:

A themed discussion of a topic e.g. transition to parenthood, identity, self care:

With regards to books, the following titles are currently available from my shop at www.mumstheword.press/shop:

We use cookies and other similar technologies to improve your browsing experience and the functionality of our site. By clicking "Accept All Cookies," you consent to the storing on your device of all the technologies described in our Privacy Policy. Accept all cookiesPrivacy policy